The cover image is showing a piece of the night sky containing the Andromeda Galaxy. Andromeda is supposed to be visible with the naked eye.

So if you’ve never seen it before and you can’t find it in the photo, read on.

I spent the summer of 2020 messing around with my dubsonian telescope. The daily ritual was to bring the telescope out in the early evening and check the collimation and adjust the finder scope. I used the Petrova Gora Monument as a convenient target and every evening, just after sunset, a looming, red figure would show up just next to it. We didn’t know what it was and dubbed it the Eye of Sauron.

We later discovered the Eye of Sauron was actually some kind of communications tower installed not for from the monument, in the middle of the Petrova Gora International Dark Sky Park!

There is only 80 Dark Sky Parks in the world and two of them are in Croatia:

Here’s the breakdown by country:

To blatantly devastate one of them like this is a very big deal.

To illustrate how big of an issue light pollution can be when it comes to astronomy I took two photos of the night sky from two locations with a very different extent of pollution.

Donji Ostri Vrh, Croatia, is classified as class 4 on the Bortle scale: 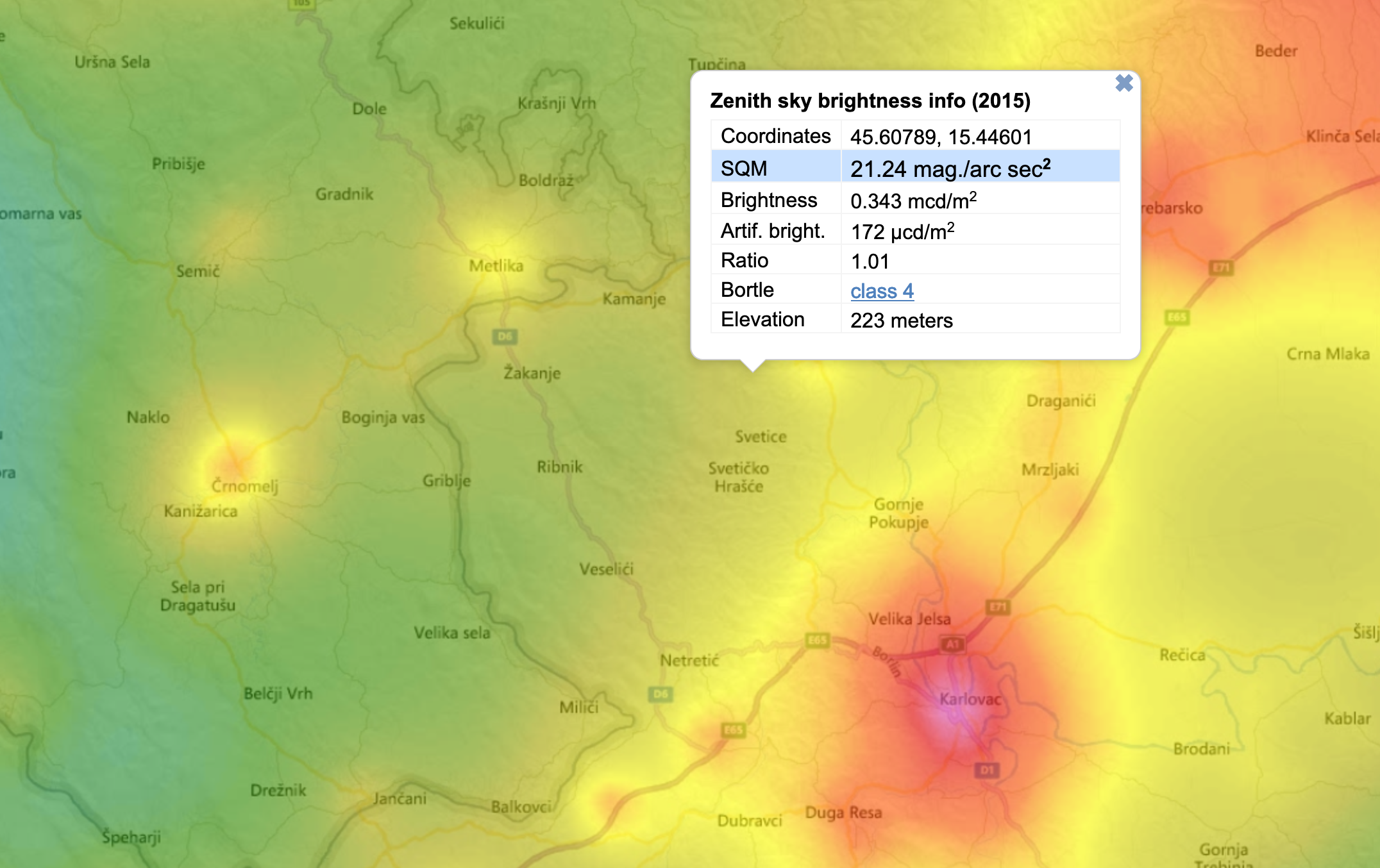 Dublin, Ireland, is classified between classes 8 and 9 on the same scale: 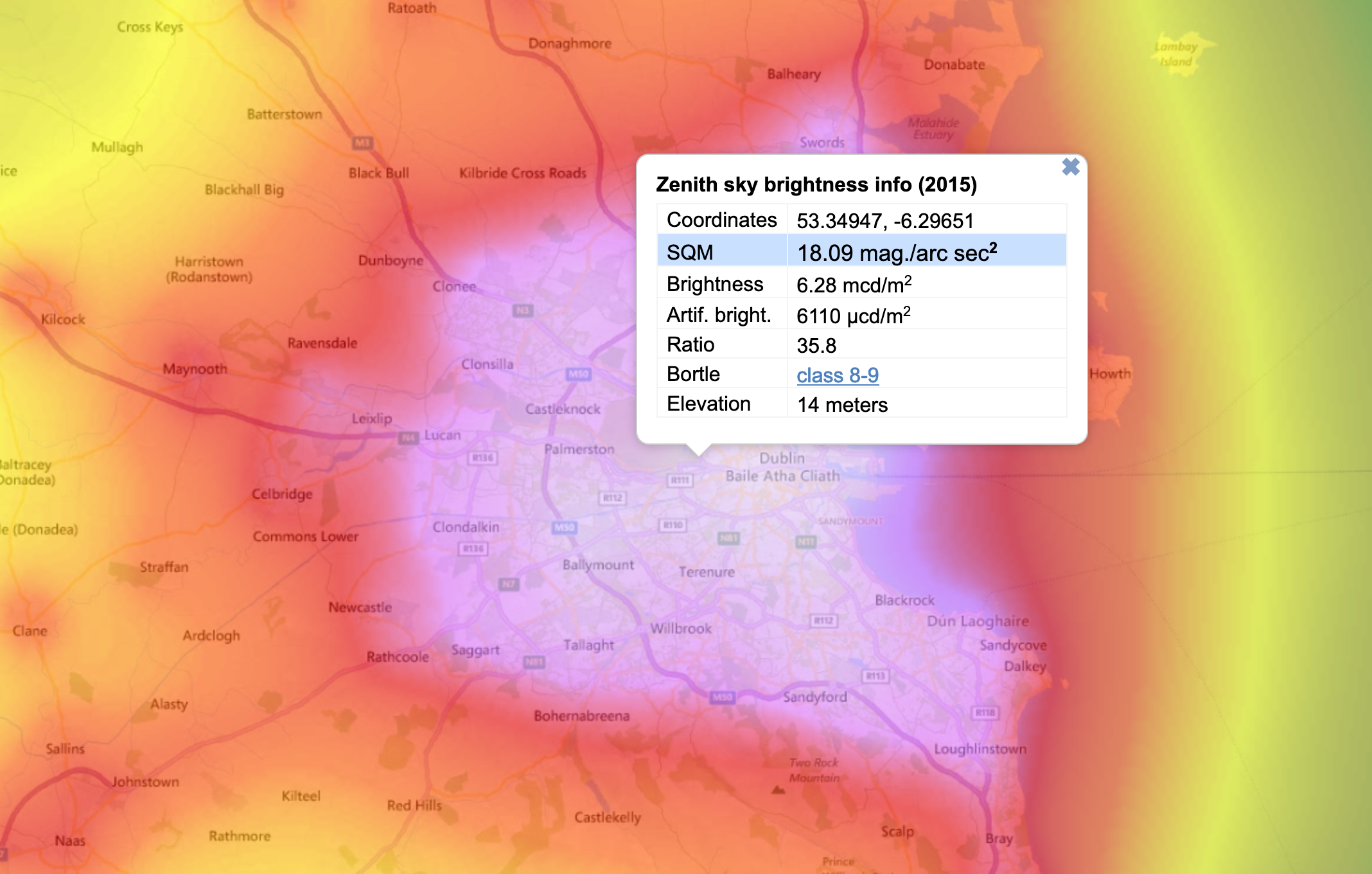 Here is a difference between the two photos of the night sky. Photos were taken:

Photos are not of the same part of the sky. I’ll let you guess which side is taken on which location. I only chose Dublin because I live there, not because Dublin is particularly bad in this regard. Zagreb, for example, is worse.

So sign the petition to save the night sky at Petrova Gora!

If you were able to find Andromeda on the cover photo, congratulations on being an amazing Andromeda spotter. And for those of you who just want to enjoy the show, here is the photo overlaid against the night sky: